Skip to main content
Register and submit your HESD actions 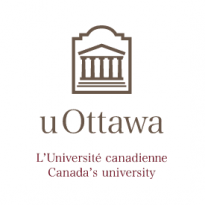 The University of Ottawa Board of Governors has voted to try to “shift” the school’s investments in fossil fuel industries, but stopped short of full divestment as many campus activists had pushed it to do.

“We are reducing the carbon footprint of our entire investment portfolio by at least 30 per cent by 2030 — in line with Canada’s national climate commitment,” chairman Robert Giroux said in a statement. “This will reduce far more greenhouse gases (GHGs) than divesting from fossil fuel companies. Solving this problem will require reducing carbon emissions across the whole economy.”

While promising the university would take a leadership role on climate change, the board “rejected the idea of divestment as an insufficient response on its own to the climate challenges we face.”

But the board did agree to have its Finance and Treasury Committee “develop a strategy to shift” the school’s fossil fuel-related investments toward new technologies in clean and renewable energies. The committee is to report annually to the board on its progress.

The school will also establish a $3-million Clean Innovation Research Fund and commit $10 million of its investments to seed capital for green technology.

The carbon reductions are in keeping with the university’s signing of the Montreal Carbon Pledge — last November it became the first university in Canada to do so — and the findings of an 18-month independent report the board commissioned on the pros and cons of fossil fuel divestment.